Adam Rowledge and Another Place, The Lake scoop top awards at the Independent Hotel Show 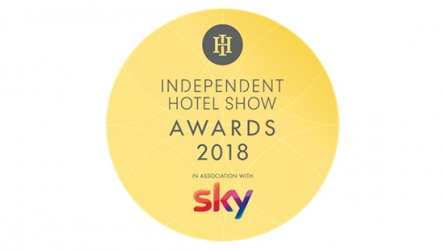 Rowledge’s success comes six years after he was named as an Acorn Award winner and was presented with the Young Manager Award at the British Travel & Hospitality Hall of Fame last year. He has been general manager of the 60-bedroom B&B in Victoria for three years, having previously worked at the Bannatyne Spa hotel in Hastings, East Sussex; and Nutfield Priory Hotel & Spa, Redhill, Surrey.

He and Another Place, The Lake were presented with their awards at Olympia in London following a public vote cast by attendees to the show.

The 40-bedroom Another Place, The Lake, which opened in August 2017, was created by the team behind the Watergate Bay hotel in Newquay, Cornwall, as the first in a new collection of activity-led destination properties.

L-R Emily Challis, HIS; James Tweddle, Sky; Will Ashworth and team from Another Place, The Lake; and Peter Hancock, Pride of Britain

Set on the shores of Ullswater, within 18 acres of the Lake District National Park in Cumbria, Another Place is led by managing director Will Ashworth.

Rowledge said: “I’m honoured to win, especially as the shortlist was made up of so many amazing hoteliers. I’m blown away by all the support from the industry and couldn’t have done this without my team and Serena von der Heyde (owner of Georgian House), who have given me the opportunity to do the things that have allowed me to be recognised by the industry.” 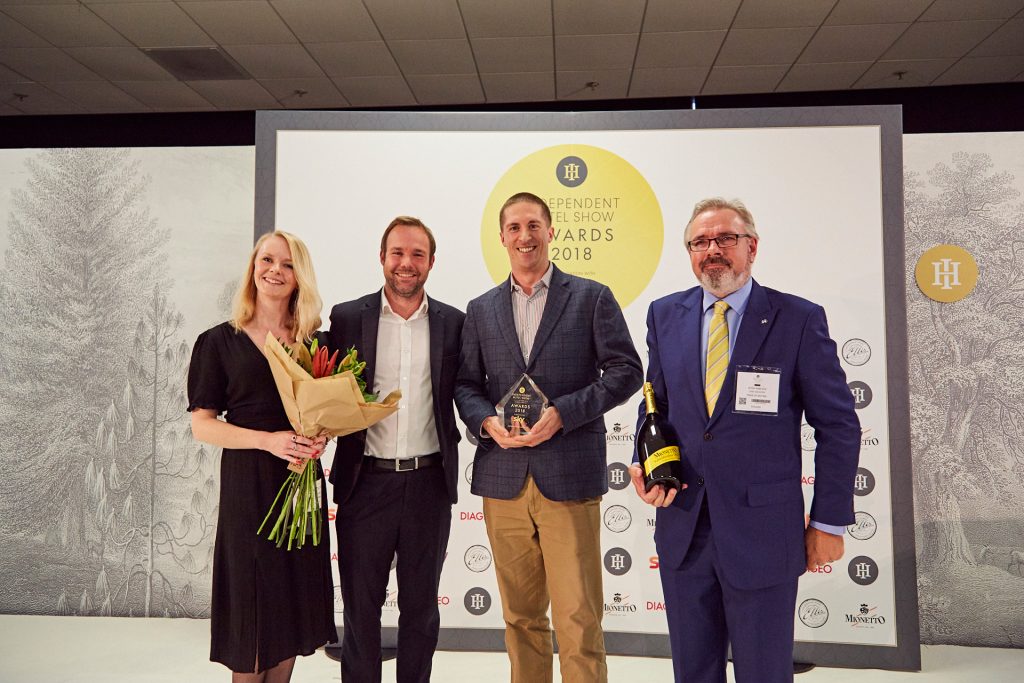 Ashworth added: “It was quite an undertaking to open our first hotel within the Another Place collection on the shores of Ullswater, just over a year ago. Our team in The Lake has worked very hard to make our vision a reality – this award is truly a testament to them all.”

The Independent Hotel Awards were presented in association with Sky.